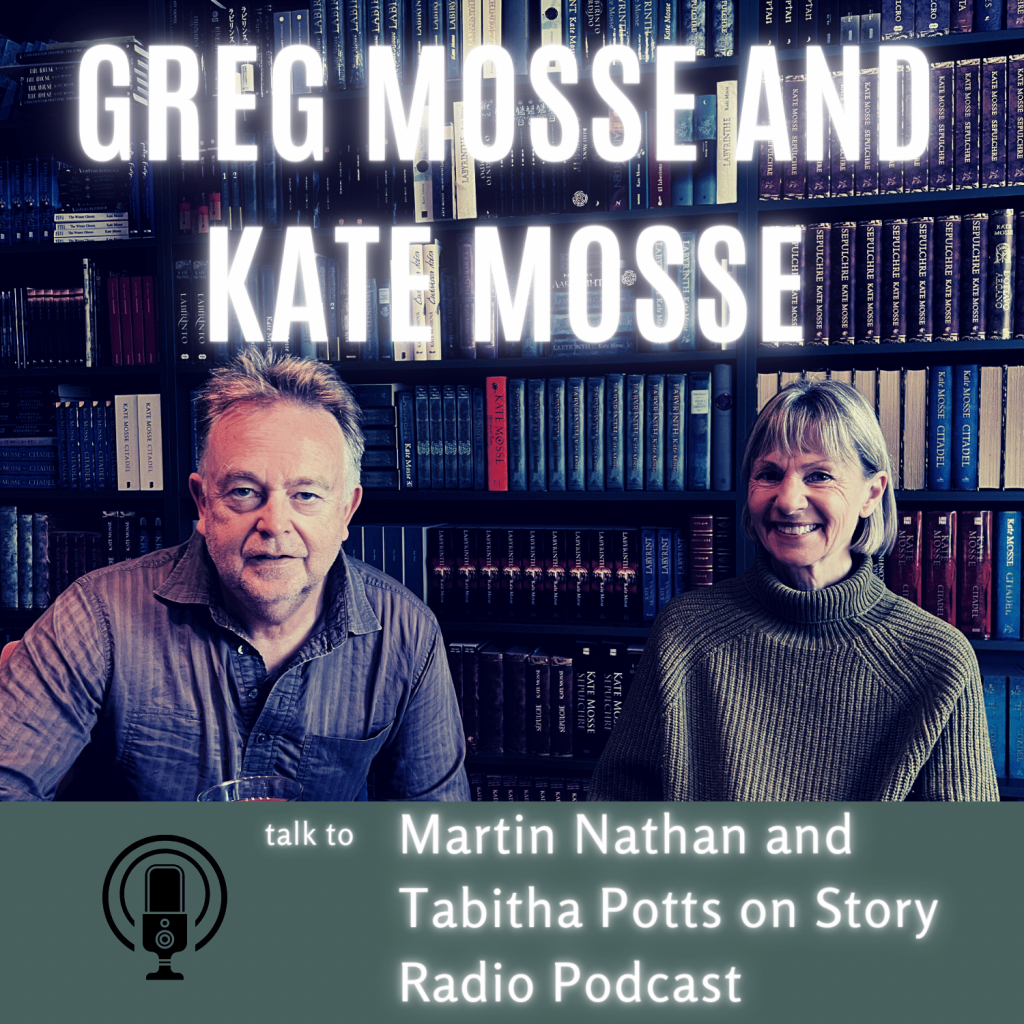 We interviewed both writers about their writing techniques in a wide-ranging discussion of their work.

Kate Mosse is the best-selling author of ten novels and short story collections including the multimillion-selling Languedoc Trilogy – Labyrinth, Sepulchre and Citadel – and Gothic fiction including The Winter Ghosts and The Taxidermist’s Daughter, which she has adapted for the stage for 2022.

Greg Mosse is currently the founder and leader of the Criterion New Writing script development programme at the Criterion Theatre, London,

Since 2015, he has written and produced 25 plays and musicals, often in collaboration.

During the coronavirus lockdowns, he wrote two-and-a-half novels, of which The Coming Darkness will be the first to be published.

The producer was Tabitha Potts. She is a writer living in East London. She has had several short stories published in print and online and short-listed for various awards, most recently the Alpine Fellowship Writing Prize. In a previous life, she was a BBC Radio Drama producer.